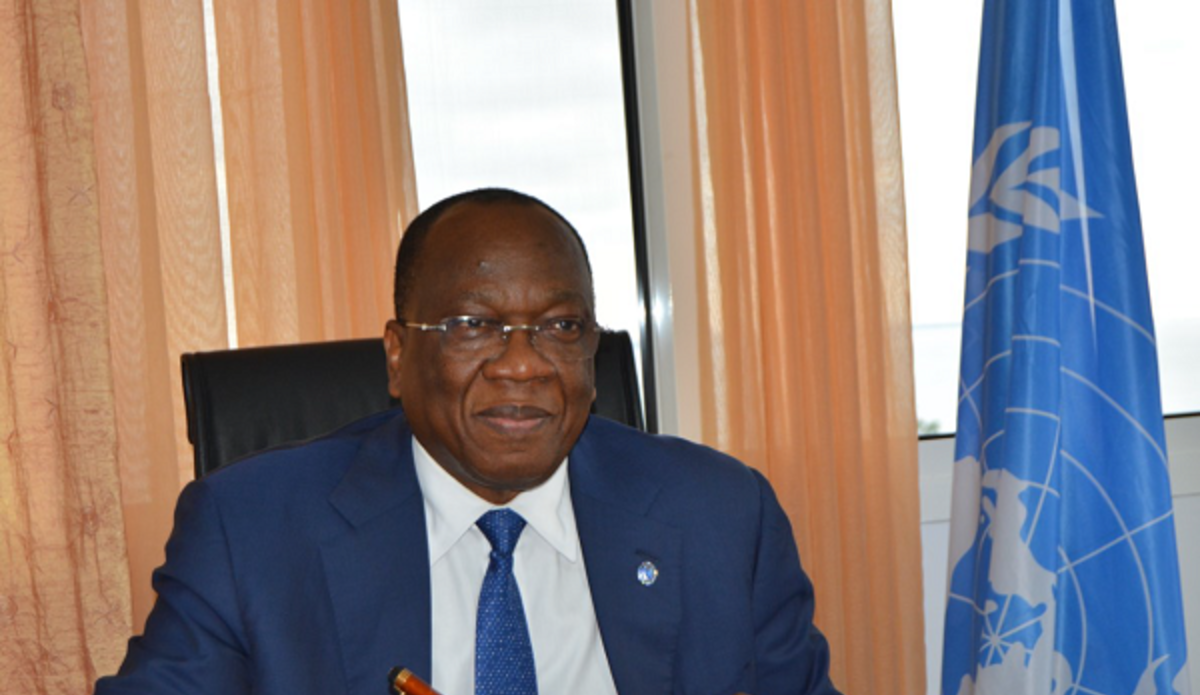 François Louncény Fall : a senior diplomat versed in politics and in mediation processes

United Nations Secretary-General António Guterres announced on 21 February 2017 the appointment of François Louncény Fall of Guinea as his Special Representative for Central Africa and Head of the United Nations Regional Office for Central Africa (UNOCA). Mr. Fall was serving as Acting Special Representative since 1st November 2016, after the departure of Mr. Abdoulaye Bathily (Senegal), whose duties officially ended on 31 October 2016.

Prior to joining UNOCA, Mr. François Louncény Fall was Vice-Chairman of the Joint Monitoring and Evaluation Commission of the South Sudan Peace Agreement (January-October 2016). He has extensive and solid experience in the areas of politics and diplomacy, having supported political processes in Somalia, the Central African Republic and South Sudan.

Mr. Fall has held several senior-level positions in the Government of the Republic of Guinea, notably as Minister of Foreign Affairs (2012-2016) and prior to that, as Prime Minister (23 February – 30 April 2004) and as Secretary-General of the Presidency (2010 – 2012). He has also held ambassadorial positions, including as Permanent Representative of the Republic of Guinea to the United Nations (2000-2002), during which he served as a non-permanent Member of the Security Council.

With the United Nations, Mr. Fall served as the Special Repre-sentative of the Secretary General in the Central African Republic from 2007 to 2008 and in Somalia from 2005 to 2007.

He holds an MA in International Law from Conakry University (Guinea), where he was also Assistant Professor in the Faculty of Law from 1977 to 1979. In terms of contribution to the knowledge of the political history of his country and of his continent, he pub-lished to l’Harmattan, « Mon pari pour la Guinée : le changement est possible » (2009) et « Guinée, l’aurore d’une démocratie » (2012).