Electoral issues are at the heart of UNOCA's mandate. As an institution playing a major role in promoting preventive diplomacy, UNOCA is committed to electoral issues by developing activities and supporting efforts to avoid tensions or violence which are generally observed during the electoral processes in most countries of the Subregion.

Following the presentation of the 7th and 8th Reports of the UN Secretary-General on the activities of UNOCA in December 2014 and May 2015 respectively, the Security Council encouraged UNOCA to continue this important work. The Council stressed “the need for upcoming elections in the region to be held in a timely, transparent and inclusive manner according to their constitutions". It also urged UNOCA "to continue to support States in this regard, including through the promotion of women's political participation" [Statements by the President of the Council of Security Council, 11 June 2015 (S/PRST/2015/12) and 10 December 2014 (S/PRST/2014/25)].

When UNOCA's mandate was renewed in August 2015, following the recommendations of the UN Secretary-General, the Security Council considered electoral issues. In addition to change in the duration of its mandate (now reviewed every 36 months instead of 18 months), UNOCA’s mandates were readjusted as opposed to the objectives set at its creation [Cf. letter dated 11 December 2009 from the Secretary-General addressed to the President of the Security Council which defined the scope of UNOCA’s actions]. Indeed, the importance of preventing crises caused by elections was clearly specified. Hence, a post of Political Affairs Officer responsible for Electoral issues was created. The Special Representative thus has additional resources to carry out good offices on behalf of the Secretary-General in countries where elections are to be held. The Special Representative calls for "inclusive and transparent elections", underlining that they are "the key to stability and sustainable development". 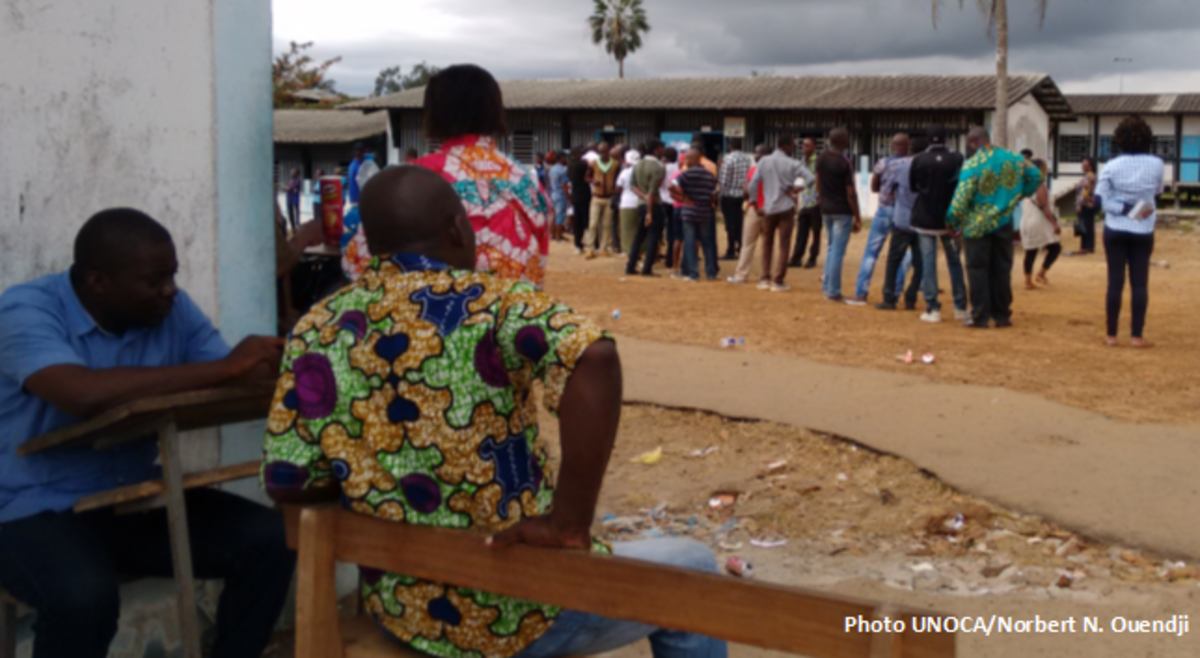 In this context, the Special Representative regularly appeals to all actors concerned to work for a peaceful election by respecting human rights and citizens’ rights. Especially, the Special Representative urges the media to refrain from making any divisive and hate speeches. She/he also encourages the media to promote the values ​​of peace and social cohesion. In 2015, UNOCA set up a capacity-building program for journalists in Central Africa regarding the media’s role in leading and promoting peaceful electoral processes, including the organization of pre-election training workshops. This important activity is coordinated by the Strategic Communications & Public Information Unit, which also ensures its follow-up.