All over the world, the International Day of Peace is observed on 21 September every year. This decision is enshrined in resolution 36/67 adopted by the UN General Assembly on 27 November 1981. It is one of many initiatives to promote peace in accordance with the United Nations Charter.

The United Nations invites all countries and people to respect the cessation of hostilities on this Day and to commemorate it with educational and public campaigns to raise awareness on peace issues. It is against such backgrounds that the United Nations Regional Office for Central Africa (UNOCA) launched the Peace Tournament on 21 September 2013. The following year, an exhibition was organized on the margin of this event in order for more participants to demonstrate what they are doing to help build a world without violence. This great moment of sharing and communion also provided opportunity to learn about the work of the UN agencies as well as that of their partners.

Residents in reception centers for children in hardship are also invited by UNOCA to take this opportunity to develop and express, in their own way, their idea of ​​peace and what it means for the global human family. The drawings presented at the third tournament in 2015 is a perfect example, which caught the attention of the Special Representative of the Secretary-General, Head of UNOCA. The Special Representative appreciated their creativity and praised contribution of all participants to realize a better world. 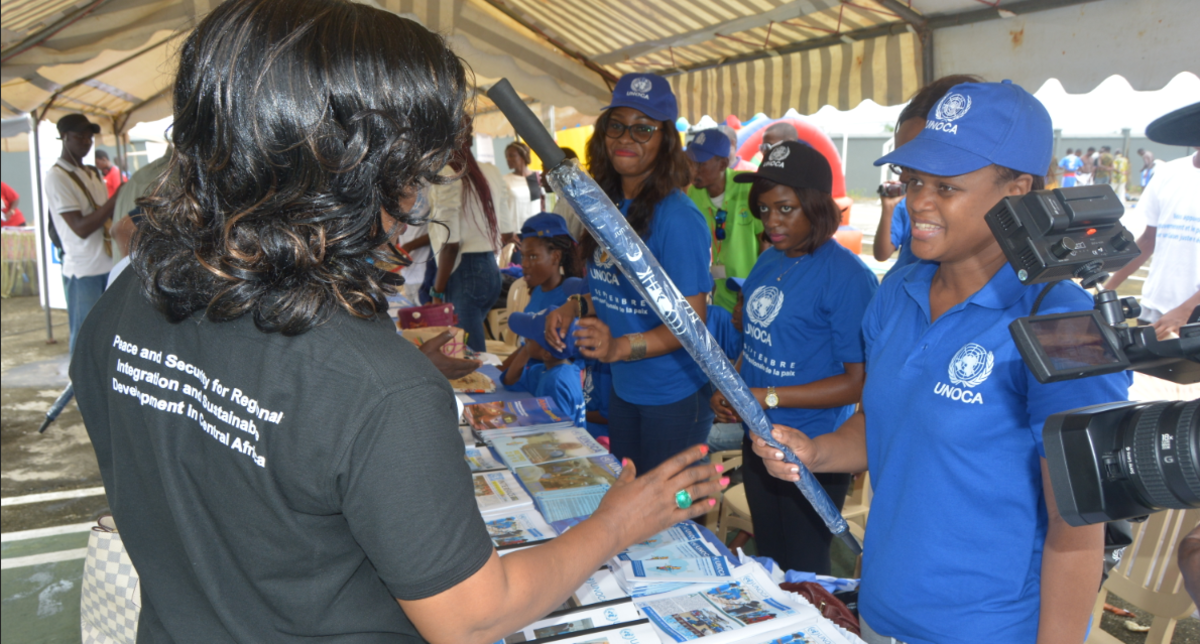 The Tournament is therefore an important ​​activity for raising awareness on one of UNOCA's major mandate. This activity utilizes sports in general and football in particular, not only as a tool for promoting human rights and diversity, but also as an important occasion of gathering and dialogue. The Tournament is also an ideal platform to celebrate, in a fair play and friendly environment, peace as a universal value which is essential for sustainable development. In some ways, it is a tournament of/for tolerance and fraternity, which gives an opportunity to say no to those who use arms or violence as a means of expression. In short, the main message is: we do not play with peace, we play for peace ... That is why, at the Peace Tournament, there is no winner or loser. At the end of the event, all teams receive a trophy decorated with a dove, a symbol of non-violence.

These key issues have guided UNOCA in the development of a Charter containing a set of rules in accordance with the philosophy of the Tournament. The organization of the Tournament is supported by several institutions, including the Confederation of African Football (CAF), which provides balls. This support is offered through the partnership framework signed with UNOCA in 2012 to use the popular sport as a means to promote peace and security in Central Africa.