The United Nations Regional Office for Central Africa (UNOCA) hosted on 3 May a roundtable to analyze international partners' support for the parliamentary, regional and local elections scheduled on 25 September 2022 in São Tomé and Príncipe. Jointly organized by UNOCA and the Office of the Resident Coordinator of the United Nations System in São Tomé and Principe, this meeting took place in the presence of the Santomean Ministers of Foreign Affairs, Ms. Edite Ten Juá, and of Planning, Finance and Blue Economy, Mr. Engrácio Graça. The latter underlined their country's determination to respect the timetable of the elections, specifying that their holding on the same date will effectively reduce the related costs, estimated at $2.7 million, including voters’ enumeration. The Ministers also cited the lack of country’s own resources at this stage, in a context marked by some challenges, in particular the effects of the socio-economic crisis resulting from COVID-19 and maritime insecurity.

In his introductory remarks on behalf of the Special Representative of the UN Secretary-General for Central Africa, Mr. Samuel Gahigi, the Chief of the Political Section of UNOCA, praised the maturity of the institutions in charge of the electoral process in São Tomé and Principe, a country considered by several observers as a democratic model in Central Africa. Mr. Eric Jan Overvest, the Resident Coordinator of the United Nations System, reinforced this message by citing the progress made in terms of political governance. He notably mentioned the new electoral code and its provisions on the 30 per cent women’s quota for eligible positions in the next legislative, regional and local elections.

In addition to the United Nations, representatives of the Economic Community of Central African States, the European Union, France, Korea, Turkey, the United States, Spain and of Japan participated in this important meeting. They welcomed the exercise of transparency by the Government of São Tomé and Principe, and announced the imminent organization of field visits to define their level of commitment and support for the electoral process in this country, much needed in order to consolidate its democratic achievements. 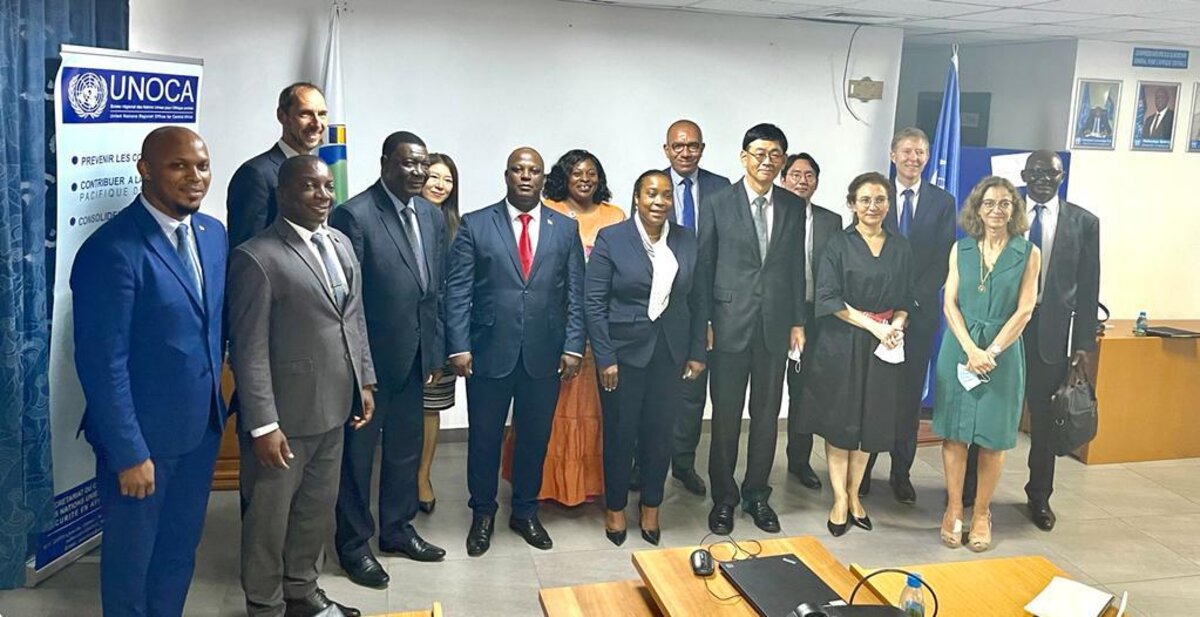